Rio and its 6.3 million people can be a bit… much. It’s huge, crowded, confusing but I found a great deal of comfort in one small, hillside part of the city. Old corner shops, historic bars, a pride in culture, made me feel as if you stepped away from the millions of people and into my own corner of the city.

The locals are proud to share stories about Santa Teresa, it’s streets rich with history and the distinct taste of creativity and abstract thinking is everywhere from the cafe’s to the graffiti. 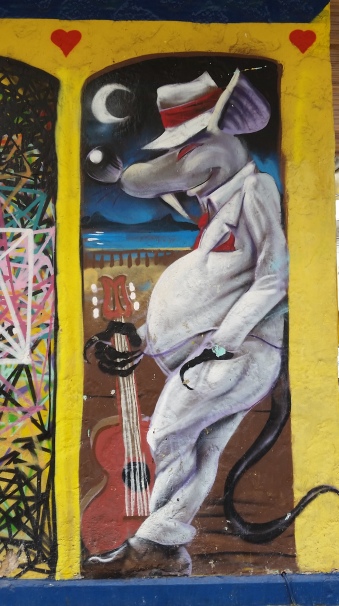 Santa Teresa is home to the bondino (trolley car), the only public tram in Brazil and the oldest electric rail in all of Latin America. For 134 years the iconic yellow trolley has clacked through town serving tourist and locals as a practical way up and down the steep hill that separates Santa Teresa from downtown Rio.

Nelsinho Carra was a staple of the community and had become as iconic as the bondino he captained for over 40 years. On just another day in 2011, Nelsinho bravely saved several lives as he stayed on an out of control bondino and helped his passengers to safety until the tragic end.

According to the locals, the transportation secretary tried to pin the tragedy on Nelsinho, claiming he was going to fast. It became evident that the secretaries own neglect for basic maintenance ultimately caused the crash, thus creating an even deeper wedge between the people of Santa Teresa and the government. Nelsinho and the yellow cab now serve as symbol throughout the city.

A short bondinho ride down the hill, passes the notorious Serlaron Steps (Escadaria Selarón), right into the heart of down town Rio.

A short walk, and a R$3.25 bus trip later, you are dropped off right at the base of Sugarloaf mountain and one of the most iconic views in the world.

After hiking the short but steep trek up the first half of Sugarloaf, I took the gondola the rest of the way and enjoyed looking down on Rio as Jesus looked down from across the way.

As the sunset, I walked down the lit sands of Copacabana beach and treated myself to a R$4 coconut. 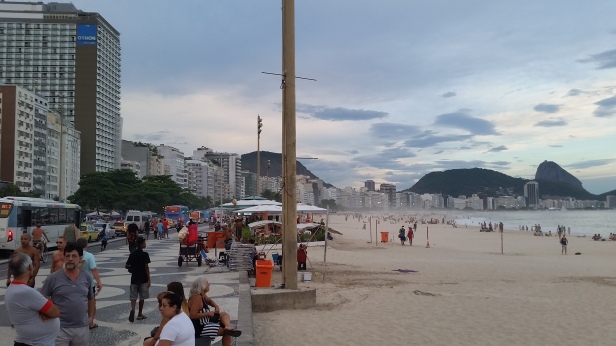 The bondinho stops at 4 pm but a cheap taxi back up the hill had me back at the comfort of Santa Teresa in time to enjoy the slower paced, but still bustling nightlife of the little art colony nestled away in its own world of Rio.